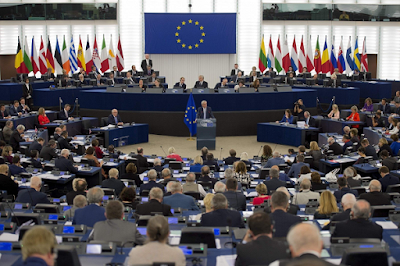 Circassian (Adygeyan) public organizations of Russian Federation, Turkey, Israel, Jordan, Syria, the USA, Belgium, Canada and Germany have sent the president of the European parliament Mr. Joseph Borrell Fontelles the reference with request for recognition of the genocide against  Circassian (Adygeyan) people within and after the Russian-Circassian war of the XVIII-XIX centuries.

To the President of the European parliament
Mr. Joseph Borrell Fontelles

The reference of the Adygeyan (Circassian) organizations to the European parliament

We, Adygs (Circassians) are the aboriginals of the Northwest Caucasus. Our customs, ceremonies, traditions, language, the way of life were developed during the millenia in this territory. Vitality of our traditions is one of the brightest features of our people, and its material and spiritual achievements – the Maykop and the dolmen cultures, the heroic epos «Narts» - are universal heritage of the mankind.

During its formation the Adygeyan (Circassian) ethnos, often becoming an object of aggression, stood for protection of its freedom and independence. The military expansion of the Russian empire initiated in the second half of the XVIII century became for our people a real national tragedy, which consequences affect so far.

During the military actions of that time they carried out: occupation of territories, purposeful deprivation the peaceful population of the basic means of life-support - destruction of gardens and crops, stealing of cattle, burning completely of the peace settlements.

Massacre of the peace population - women, children, and old men - was committed, too.

For the middle of the XIX century any organized resistance of Adygs (Circassians) was broken down. Since 1862 mass violent deportation of the indigenous population was started. Hundreds thousand people, pushed down to the coast of the Black sea, perished because of colds, famine, epidemics.

According to underestimated information of Adolph Berge (1828-1886) - who was considered at that time as the official historian of the Russian-Caucasian war - from among over one million Adygs (Circassians) they lost in the war over 400 thousand people; 497 thousand people were deported; in their historical native land only about 80 thousand people remained. However the troubles of our people had not ended with that.

Huge masses of Adygs-emigrants appeared to be scattered on the extensive territory of the Ottoman empire. Great inflow of the immigrants and impreparation of the Turkish administration to their reception and accommodation caused mass extermination of the people.

In the numerous archival documents there are data of the participants of those tragical events that allow to make the key conclusion: the war the Russian state unleashed in the XVIII - XIX centuries against Adygs (Circassians) in their historical territory is impossible to consider as usual military actions.

Russia had as the main purpose not only capture of the territories, but also utter extermination or eviction of the indigenous people from the historical lands. It is impossible to explain in any other way the reasons for such inhuman cruelty the Russian armies demonstrated in the Northwest Caucasus.

The process of Adygs’ violent deportation - both of separate families, and entire settlements - proceeded till the World War I.

Small groups of Adygs (Circassians) that staid in their historical territories suffered from the policy of the violent cultural assimilation the imperial administration implemented.

The present Russian Federation, having proclaimed the democratic way of its political development for the country actually continues the policy pursued earlier by the Russian state. By the silent approval of the federal center during the last years in Adygeya Republic, as well as across all the Russian Federation, public organizations preaching the ideas of the national-chauvinism actively work.

The final goal of such organizations is carrying out of a referendum on the status of the republic by the principle of the mechanical majority, that is to take advantage of the quantitative superiority appeared as a result of the Russian-Caucasian war (the indigenous Adygeyan population in Adygeya Republic now makes 24 percent).

Today on their ancestors’ lands Adygs (Kabardians, Circassians, Adygs, Shapsugs) - about 700 thousand people - live in 4 subjects of Russian Federation (Kabardino-Balkarian Republic, Karachaevo-Circassian Republic, Adygeya Republic, Krasnodar territory) and now have no more than 20 percent of the territories from the historical lands they had occupied.

Over 3 million representatives of our people live outside the Northwest Caucasus in 50 states. Owing to that artificially created dissociation of the ethnic Adygs (Circassians) they gradually lose their culture and language.

During 142 years after the end of the Russian-Caucasian war Russia repeatedly changed its political system, but the attitude to Adygs (Circassians) remained constant - the violent cultural assimilation of the remained indigenous population in the historical territory and banning on returning for the Adygs (Circassians) expelled from the Northwest Caucasus.

On July 1st, 2005 the Reference to the State Duma of Russian Federation concerning recognition of the genocide against Adygeyan (Circassian) people was submitted. However deputies of the Russian legislature could not have overcome religious and ethnic prejudices, having refused to recognize the moral and the legal responsibility for the brutal acts the Russian state had committed in the past.

According to the Convention on prevention and punishment of genocide adopted by the United Nations Organization (New York, December 9th, 1948) and the Convention on inapplicability of limitation period for war crimes and crimes against humanity of November 26th, 1968

- following the standard principles of equality of all the peoples irrespective of religious and ethnic elements and origin,
- basing on the incontestable historic facts testifying to the extermination and the violent deportation of Adygs (Circassians) from the territory of the Northwest Caucasus,
- proceeding from that Russian Federation is the assignee and the successor of the Russian state,

We ask the European Parliament to consider in comprehensive and objective way our Reference and to recognize the genocide against Adygeyan (Circassian) people, being committed by the Russian state since the end of the XVIII till the beginning of the XX centuries.

Rukhi Shkhaltukh
Chairman of the organization «Friends of the Circassians of Caucasus»
Amman, Jordan

Decrees and appeals on the Circassian genocide

Archival documents of the Circassian genocide

Books on the Circassian Genocide

Circassian Republics and other regions of historical Circassia

Day of Remembrance and Grief of the Circassian People

Websites about the Circassian Genocide

The Parliament of Georgia Recognizes the Circassian Genocide 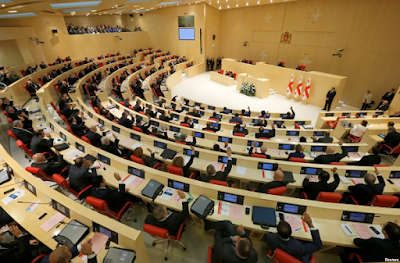